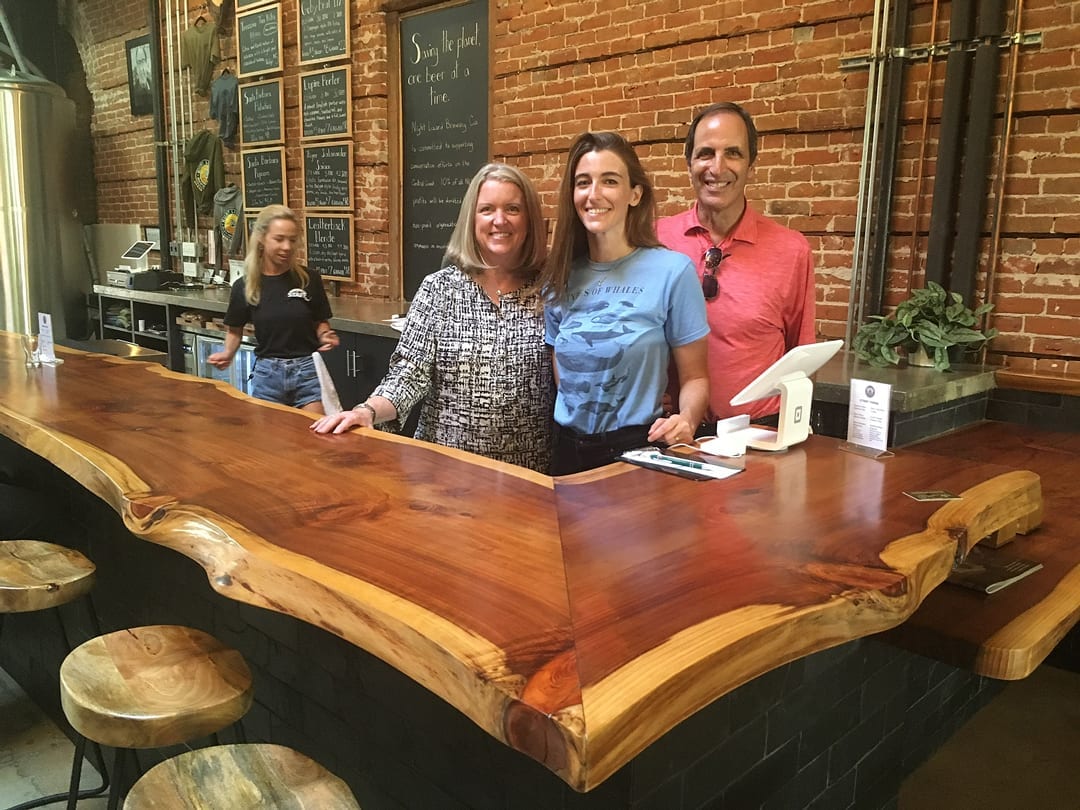 John and Nancy Nasser opened the brewery on Wednesday to large crowds and many pints of beer.

“I am really excited to finally get it open,” said John Nasser, who was working the bar on Thursday with a big smile on his face.

The brewery at 607 State St. has an outdoors theme, with beers named after endangered species. There’s the Goby Brut IPA, the Tiger Salamander Saison, the Leatherback Blonde and the Gnatcatcher IPA, to name a few. The restaurant’s theme is, “Saving the Planet One Beer at a Time.”

The company plans to donate a portion of its sales to environmental causes.

“If we can make great beer and make a buck and give some back, that’s a good day,” John Nasser said.

Nasser used to work for Johnson & Johnson, and then Amgen, but left behind the pharmaceutical industry to follow a dream.

The brewery has seven beers on tap, but will have 14 soon.

We have two nights of trivia this week! We also ha

We are excited to have @jupiter_4real performing t

Happy Friday! @chillpointband is live at 8pm, so s

@benbettsmusic will be playing tonight at 8pm and

Tonight's music will be performed by @beaujameswil

Tonight we have a special shark themed trivia host

We won't be having shark bingo tonight.

IT'S SHARK WEEK! It's happy hour all day today. W

@benbettsmusic is live 2 to 5pm!

"My name is Inigo Montoya, you killed my father, p

This week's happenings! Tonight the brewery will

Who is ready to laugh all night long! The Good Goo

Tonight is the Great Outdoors Trivia! Hosted by @

Who is ready for bingo tonight?! Who win be the wi

Sharkfest is starting! Come celebrate with us! Th

Like the Morning is live at 8pm! Time for good music and beer! ... See MoreSee Less

Chillpoint Band will be live at 8pm! Come grab a beer and relax! ... See MoreSee Less

Chillpoint Band will be performing live at 8pm!