A Brief History of Vatting

07 Mar A Brief History of Vatting

Posted at 17:01h in Our Brews, The Brewery by admin
Share 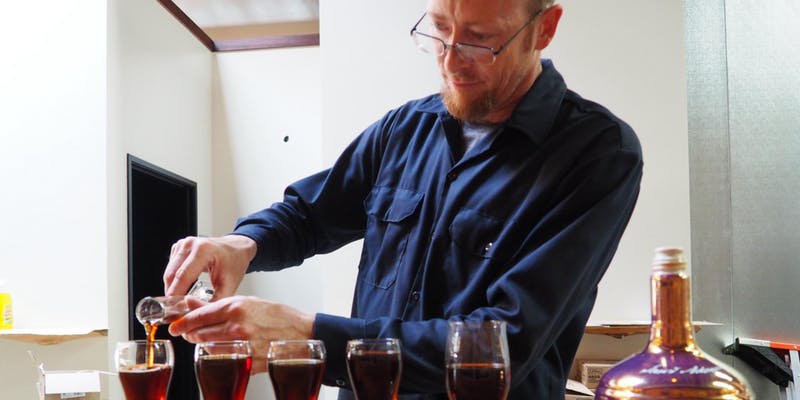 Vatting is a process that has been used by brewers for centuries.  In its most basic form, it is the “art” of blending alcohol.  In the beer brewing community, vatting has been used to manufacture Guinness for over 400 years in Ireland.  Fun fact: They still have an “original” cask of Guinness that has a small amount of beer removed and added to each new batch they make. After the “old” beer is removed, a little of the new batch is added back to the original cask to keep the process going forever. Similar to the Master Stocks of China or the Japanese Stews process that have been happening for hundreds, if not thousands, of years! In winemaking vatting is often used to keep wine consistent from year to year. (We use this process when we blend two 15 bbl batches of Gnatcatcher to get a 30 bbl batch.)

In more recent years the art of blending has been used primarily at the tap to make beer cocktails; Black & Tan (Bass & Guinness), Snakebite (Cider & Lager), Black Velvet (Guinness & Champagne), Red Eye (Lager & Tomato Juice/tabasco), Brass Monkey (Malt liquor & OJ), Mickey Mouse (Lager &Bitter), or Shandy (Beer & Lemonade).  You may have seen this process marketed in “Blend like a Brewer” 12 packs from New Belgium Brewery. This 12 pack came with a pamphlet highlighting six of New Belgiums brewers.  Each brewer had a blended beer ( i.e.1 part IPA, 2 part Lager, 1 part stout) that they enjoyed or invented that was featured in the pamphlet.  You could then try their blends or go rogue to blend with the beers provided in the 12 pack to create your own concoctions.

Night Lizard is hosting our very own Vatting Class! Join us on Saturday, March 9th at 12pm. Participants will have the chance to blend their own beer mixes to create a custom vatted beer. We will give a brief overview of beer flavors and the process of vatting, then the class will start mixing and drinking their own creations.  We will present your custom mixes and vote on the best beer blend.  Last class gave birth to “Dr. Kellom’s Nitro Transporter” which was a mix of 75%  Nitro Gnatcatcher and 25% Live Forever.  We created a chalkboard for the beer and customers were able to order it at the bar. Purchase your tickets here.

Ahoy matey! The weekend is on the horizon - celebr

Arguably the cutest species our beer is named afte

Thankful for another week in beautiful Santa Barba

We’re excited to share that we’ll have an old

Night Lizard hats are the best for hiking 🥾🦎

Wooo! We made it! Let us help you celebrate the en

We couldn’t be more excited for this week! We’

Sun is out. Cans restocked. @cachuma_lake is full!

Get outside this weekend! ☀️ With a break in t

After the rain, we can look forward to a flourishi

Need an escape from the rain, we have another week

Got @nightlizardbrew on your mind? Join us today f

Sun is shining and the weather is SWEET! We are op

Lizard King and owner, John, with some visitors fr

Our central coast ecosystem is truly unlike any ot

New year, new artists in the taproom! Join us this

We're super excited to be working with Jackie from La Flora Divina again to bring you another flower workshop! Join us on Valentine's Day for a one-of-a-kind date night. ... See MoreSee Less